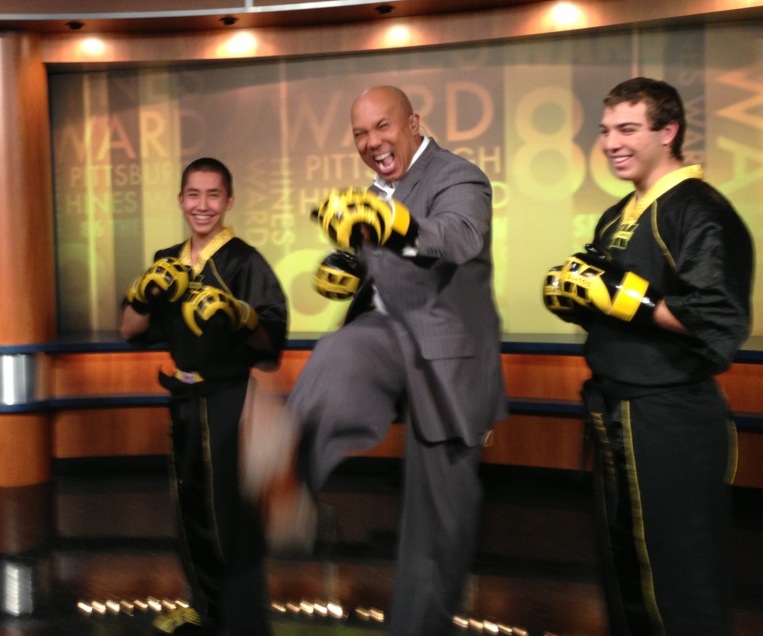 Here’s a clip from behind the scenes on the Hines Ward show on youtube:

The demonstration included Hines learning to block a roundhouse kick and counter with a reverse punch. Connor Burns was interviewed by Hines for his community service and taking time out to mentor younger kids. He emphasized self-discipline and the confidence that karate instills. Team Kumite sported the custom kumite classic black &amp; yellow all star gear gloves. Yeah, Champions bleed black &amp; gold! The team is based in North Huntington Irwin, PA. Dominic Leader was the first recipient of the Western PA Positive Athlete award for martial arts last year and continues the tradition of team kumite with the program!